A Deal Worth the Wait in Prospect Park 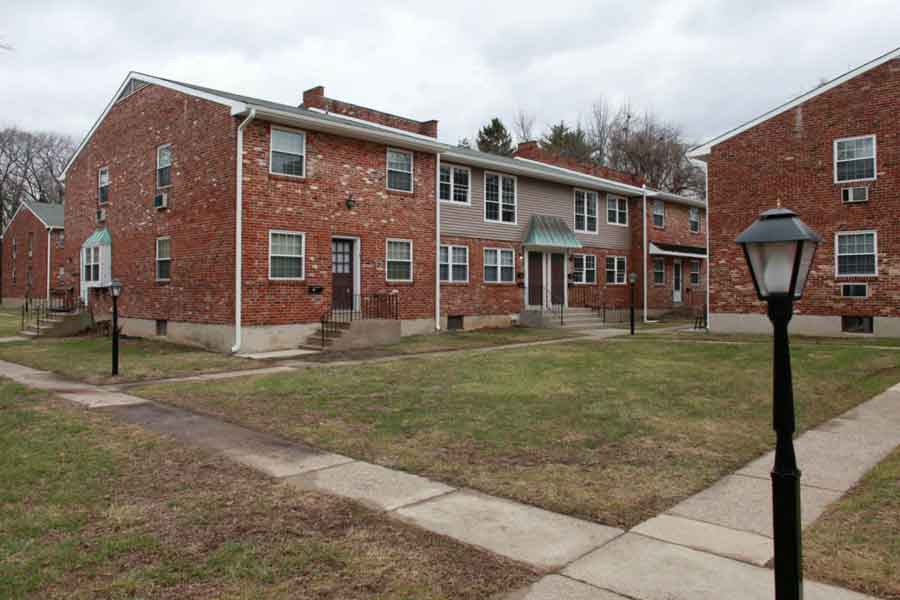 A courtyard of The Preserve at Darby Creek, in Prospect Park. Brian Friedman and his son David were finally able to buy the former Colonial Park West and start renovating. (Photo Joseph Kaczmarek/For The Inquirer) PROSPECT PARK – Brian K. Friedman says he tried for more than 12 years to acquire Colonial Park West, a 96-unit townhouse apartment development in Prospect Park, before sealing the $8.725 million deal at the end of last year.

The Delaware County community, built in the mid-1970s, had seen better days. Friedman, owner and president of Friedman Realty Group, an investment firm based in Gibbsboro, believed he could bring out the property’s “full potential.”

Despite the long wait, Friedman, who owns and manages 35 properties in Pennsylvania and South Jersey, was able to close the deal in 32 days. Renovations began immediately. Friedman Realty Group also owns two office buildings – its 10,000-square-foot headquarters in Gibbsboro and the 16,000-square-foot Main Line Professional Building in Cinnaminson. It recently sold the New Albany Professional Building in Cinnaminson.

Son David Friedman said Colonial Park West – now called The Preserve at Darby Creek – “had all the things my father looks for: brick-on-block construction; pitched roofs; no common areas; all private entrances – everything.”

That includes wood-burning fireplaces in all the townhouses in this 14-building complex on eight acres, which also offers off-street parking. Some units have two levels, two bedrooms, and full-size washers and dryers, David Friedman said.

“In this day and age, it is hard to find all those attributes in one location,” he added.

Ken Wellar, managing partner of Rittenhouse Realty Advisors, which brokered the sale, called it “a true value-add opportunity” in need of significant renovations.

“There had been no maintenance for many years, so the rent was way under market,” Brian Friedman said. “No one was moving in, and 33 percent of the units were vacant when the community was sold.”

A model unit was available by mid-January. Ten townhouses were rented in three weeks. Rents for the remodeled units – many of which had been shut down by borough officials over zoning-code violations – should run about $1,200 a month.

This is not the Friedmans’ first venture into the Prospect Park rental market. They own five other properties in the borough, and a total of 16 in Delaware County alone.

The county “has a stable demographic profile and strong employment base,” David Friedman said.

The property’s location adjacent to Route 420 and just 0.03 miles from Interstate 95 “put it within everyone’s visibility,” Brian Friedman said.

“It has a unique character unlike other properties in the neighborhood that are smaller in size,” said Brian, who has been investing in residential and commercial properties for more than 40 years and has restructured, repositioned, and managed more than 150 of them.

“People there take care of their homes, and that care extends to all housing, whether for sale or rental,” she said.

“It is also a good airport location and has service on SEPTA’s Wilmington/Newark line, so location makes Prospect Park a target for renters and buyers,” Mastronardo said.

Vacant apartments at the Preserve are demolished to the walls and floors, David Friedman said. Kitchens and baths are fully renovated, with new cabinetry, countertops, flooring and lighting, dishwashers, and built-in microwaves.

Among the realty firm’s other recent acquisitions are the 125-unit Village Square Apartments in Lower Salford, also undergoing renovation, and the 148-unit Haynes Run in Medford.

Though every deal is a bit different, Brian Friedman said, “you make them shine in good location and that adds value.”

“That is simply what we do,” he said. “I love my properties, and I couldn’t let this one stay still.”

David Friedman added: “Dad has two kids, but he considers his properties his children, too.”