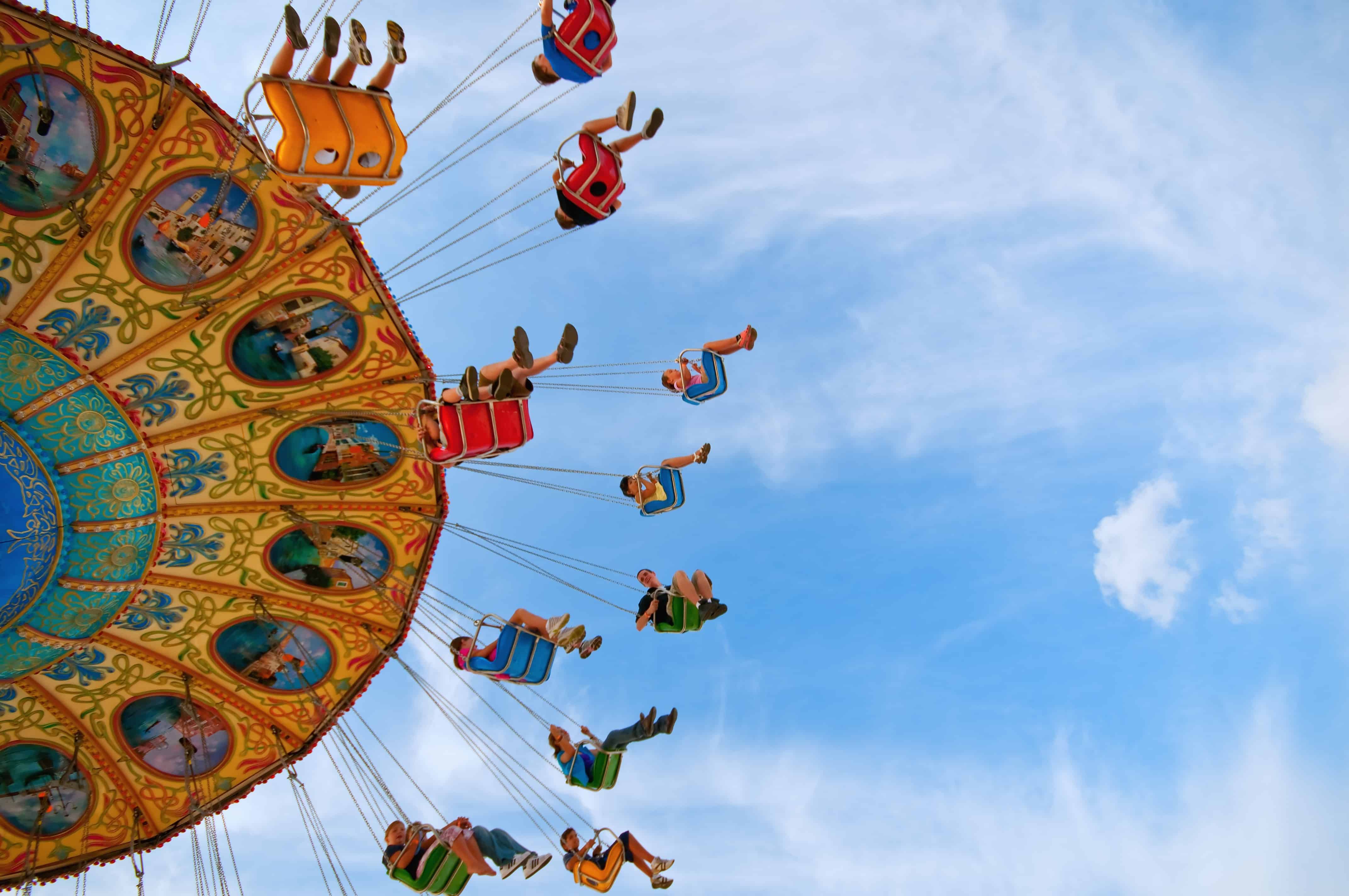 Sometimes you just have to scream. Our apartments in South Jersey are situated in a great location near some of the area’s best amusement parks, minutes from major highways and thoroughfares.

Located on the ever-active Ocean City Boardwalk just five miles from Sea Aire and Mystic Point, Gillian’s Wonderland Pier offers classic amusement rides combined with the salty sea air you love off the Atlantic Coast. The historic amusement park was founded in 1929 and is most famous for its 144-foot Giant Wheel, one of the largest Ferris wheels on the east coast. Open from April to October, Gillian’s Wonderland pier has a total of 34 rides from indoor options, such as the Carousel, Crazy Submarine, and Speedway Whip, to their outdoor boardwalk rides, including Wacky Worm, Drop Tower, Tilt-A-Whirl, and the Canon Falls Log Flume.

Storybook Land, a 20-acre family amusement park in Egg Harbor Township, is an excellent place to visit for young children. Just 20 minutes from our apartments in South Jersey, Storybook Land features amusement rides based around Mother Goose, the Three Little Pigs, Snow White, and many more beloved storybook characters. Some of the park’s most prominent attractions include the J&J Railroad, Old Tymers cars, Tick-Tock Clock Drop, and Beanstalk Bounce. During the Christmas season, Storybook Land features a Santa Claus house where children can take pictures with Santa and Mrs. Claus.

Take a trip from Mystic Point down the Garden State Parkway to Morey’s Piers in Wildwood. Open during the spring and summer season, Morey’s Piers features three amusement piers and two beachfront waterparks with more than 100 rides and attractions to choose from. Mariner’s Pier gives visitors a classic amusement park feel with rides like the Teacups and the Giant Wheel, while Surfside Pier brings in a fun, carnival element with endless games under the glow of neon lights. Thrill seekers convene on Adventure Pier with such engaging rides at the SkyCoaster and SpringShot.

After your long day of play, you’ll love coming home to our apartments in South Jersey with relaxing amenities, such as private entrances, sundecks and terraces, designer kitchens, and central air conditioning from those hours in the sun.

Call us today to learn more about what fun Sea Aire and Mystic Point can bring to you and schedule a tour today of your next new apartment in South Jersey!

Ready to Move In?

Drop us a line. Our professional staff is happy to help!
Apply Online
